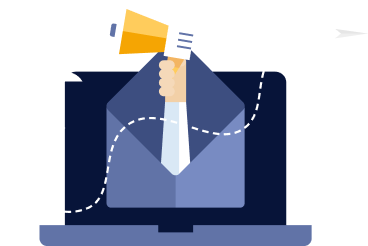 Spotlight on a Union of equality

Equality implies a society that offers everyone equal rights and opportunities to live, thrive and lead, regardless of differences based on sex, racial or ethnic origin, religion or belief, disability, age or sexual orientation. It is a founding principle of the European Union, which has established some of the most extensive anti-discrimination legislation in the world. Nevertheless, even in the EU, full equality is not yet a reality. According to a 2019 Eurobarometer on discrimination in the EU, more than half of respondents think discrimination based on ethnic origin and sexual orientation is widespread in their country. 44% believe the same for discrimination against people with disabilities and 35% when it comes to whether a person is a man or a woman.

The President of the European Commission, Ursula von der Leyen, has made achieving a Union of equality a key priority for the Commission she leads: ‘A prosperous and social Europe depends on us all. We need equality for all and equality in all of its senses.’ A dedicated portfolio and task force were set up to promote equality and inclusion and combat discrimination in all its forms.

Three years of action have brought tangible results. The Gender Equality Strategy 2020-2025 has set out key actions towards a gender-equal Europe and commits the Commission to include an equality perspective in all EU policy areas. In this context, the Gender Balance on Boards directive adopted recently by the Council and the European Parliament, signifies another step towards gender equality in the EU. The EU anti-racism Action Plan strengthens the legal framework to fight discrimination based on ethnic origin. The EU Roma Strategic Framework for Equality, Inclusion and Participation provides targets to be achieved by 2030. And the first-ever EU Strategy for lesbian, gay, bisexual, trans, non-binary, intersex and queer (LGBTIQ) equality addresses the inequalities and challenges affecting LGBTIQ people, setting out a number of targeted actions, including legal and funding measures.

This edition of our newsletter brings a selection of EU publications on equality, with a particular focus on gender equality, along with publications on other interesting topics, from EU Law to new technological solutions for border management.

2022 report on gender equality in the EU PDF

This report by the European Commission focuses on key actions and achievements on gender equality by EU institutions and EU countries in 2021, second year of implementation of the European Commission’s Gender Equality Strategy 2020-2025. It showcases some inspiring practices and innovative projects and presents key trends and the newest available data.

Building a Union where you are free to be yourself

This factsheet presents the first ever EU Strategy for lesbian, gay, bisexual, trans, non-binary, intersex and queer (LGBTIQ) equality. The strategy sets out a number of targeted actions, including legal and funding measures to address the inequalities and challenges affecting LGBTIQ people.

Available in all official languages of the EU except Irish

Union of equality: Strategy for the rights of persons with disabilities 2021-2030 PDF

Available in English, French and German

The COVID-19 pandemic and care

The Gender equality index developed by the European Institute for Gender Equality is a tool tracking the progress of gender equality in the EU since 2010. The 2022 index presented in this publication has a thematic focus on care in the pandemic and explores how women and men divide informal childcare, long-term care and housework between them.

More on this topic

Discrimination in the European Union PDF

This 2019 Eurobarometer report on discrimination illustrates the extent and nature of the problem of inequality as perceived by citizens across the EU.

How close is the Union of equality?

First and foremost, equality is a moral principle of any society. However, there are also strong economic arguments for it. This paper discusses the economic dividends of gender equality, which should be especially welcome in the aftermath of the COVID-19 pandemic, and in view of the demographic transition, where EU countries invariably face a decline in the proportion of the population at working age.

Survey evidence for why it makes sense

This pack highlights six EU-funded frontier research projects on gender equality in addition to three successful EU-supported actions to further gender equality in research. The projects cover a wide array of aspects, including a gendered understanding of law, individual and structural drivers of gender disparity, and gender biases in education, employment and healthcare, among others.

A union for its citizens

This monumental publication, with a preface by Commission president Ursula von der Leyen, sets out how EU law, the guiding element of European integration, benefits EU citizens in all its areas. It is addressed to both lawyers and the broader public.

Available in English – more language versions are to follow

Sufficient doses secured after initial challenges, but performance of the process not sufficiently assessed

The EU launched its COVID-19 vaccine procurement strategy in June 2020. By the end of 2021, it had signed €71 billion worth of contracts securing up to 4.6 billion doses. This report by the European Court of Auditors assesses the process, draws lessons, and offers recommendations in the context of the updated pandemic preparedness.

Available in all official languages of the EU

This report comprises a broad, cross-EU analysis of education and training systems. It tracks progress towards achieving the EU-level targets agreed as part of the strategic framework for European cooperation in this field.

This annual publication offers a selection of key indicators for the European Union and its individual Member States, drawing from the rich collection of Eurostat’s data. It contains intuitive visualisations, innovative data presentations and concise text, so that users can rapidly obtain an understanding of sizes for the whole EU and differences between EU countries.

Available in English, French and German

This report presents a list of emerging technological solutions relevant for the European Integrated Border Management. The main objective is to contribute to Frontex’ efforts to assess opportunities in emerging technologies and science. Such opportunities may help to address operational needs of the European Border and Coast Guard and enhance the management of the EU external borders.

Your gateway to free movement in Europe

Schengen, a village in southern Luxembourg on the river Moselle, located where the territories of the initial contracting parties of the Schengen Agreement (France, Germany and the Benelux States) meet, has become a synonym for the abolition of internal border controls and for free movement in Europe. Read more interesting facts about the Schengen agreement and how it works in this brochure.

Available in all official languages of the EU

EU law in force: quick and easy access to applicable EU law
Unravelling the exact legislation that applies in your specific case may be challenging if you are not a legal expert. This is why we have launched EU Law in Force: an innovative tool doing the hard work for you. 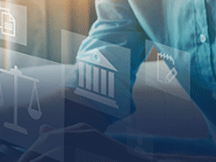 EU Law in Force is a dedicated site offering quick and easy access to currently applicable European Union law, in all official languages of the EU, to anyone looking for it. It is publicly accessible via the portal of the Publications Office of the EU and complements Eur-Lex, the reference website and largest resource on EU law, while being radically simpler for the benefit of non-experts.

We hope this new tool at the service of citizens and businesses will help you easily access and understand official information about your rights and obligations and support you in making the most of all the opportunities the EU offers.

The online library and bookshop of the European Union

Public procurement within the European Union

The official portal for European data

EU-funded research projects and their results

The official directory of the European Union 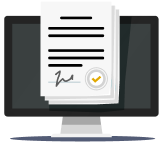 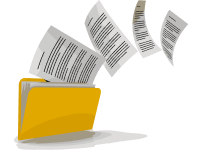